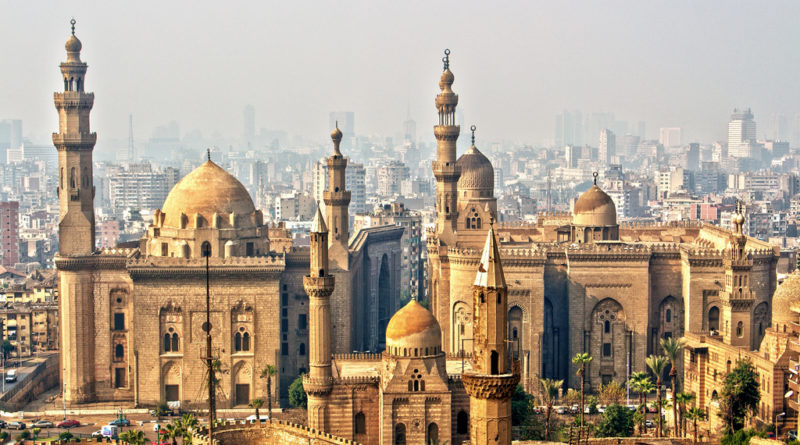 And I have not created the Jinn and the men but that they may worship Me. The Holy
Qur’an ( V. 51:56 ) The primary signification of the word ‘Ibadah is to subject oneself to a
rigorous spiritual discipline, working with all one’s inherent powers and capabilities to their
fullest scope, in perfect harmony with and in obedience to Divine commandments, so as to
receive God’s impress and thus to be able to assimilate and manifest in oneself His
attributes. This is, as stated in the verse, the great and noble aim and object of man’s
creation and this is exactly what worship of God means. The external and internal
endowments of human nature give us clearly to understand that of God- given faculties the
highest is the one which awakens in man the urge to search after God and incites in him the
noble desire completely to submit himself to His Will.

Ever since people innovated the dogma of Shirk ( i.e. joining others in worship along with
Allah ), Allah had been sending Prophets and Messengers to his devotees in order to invite
them to the worship of God and God Alone, to order them not to ascribe partners to Him
and bring them out of the darkness of polytheism into the light of Monotheism. All the
prophets preached Tauhid (i.e. Monotheism, the Belief in the Oneness of God, the Glorious,
the Elevated). The following verses from the Holy Qur’an illustrate this fact.

We sent ‘Noah to his people and he said, O my people, worship Allah, you have no other
God but Him. Indeed, I fear for you the punishment of the great day.’
After having briefly described the great moral reformation that the appearance of a Divine
Prophet brings about among his people and the evil consequences to which opposition to
him leads, the Surah with this verse proceeds to give illustrations of some of the nations of
antiquity, beginning with the people of Noah.

And unto Ad We sent their brother HUD. He said, O my people, worship Allah; you have no
other deity but Him. Will you not then fear Him?’

Ad was the name of a tribe who lived in the remote past in Arabia. At one time they ruled
over most of the fertile parts of greater Arabia, particularly Yemen, Syria and Mesopotamia.
They were the first people to exercise domination over practically the whole of Arabia. They
are known as ‘Ad al-Ula or the first’ Ad.

And to Thamud We sent their brother Salih. He said, O my people, worship Allah; you have
no god other than Him.

Verily, there has come to you a clear evidence from the Lord- this she-camel of Allah, a Sign
for you. So, leave her that she may feed in Allah’s earth and do her no harm, lest a painful
punishment seize you; The Thamud tribe lived in the western part s of Arabia, having spread
from Aden northward of Syria. They lived shortly before the time of Ishmael. Their territory
was adjacent to that of Ad, but they lived mostly in the hills.

The Prophet Salih lived after Hud and was probably a contemporary of Abraham.
And to Midian We sent their brother Shu’aib. He said’ O my people, worship Allah; you have
no god other than Him. A clear Sign has indeed come to from your Lord. So, give full

measure and full weight and diminish not unto people their things and create not disorder
in the earth after it has been set in order. This is better for you, if you are believers; Midian
was Abraham’s son from Keturah (Gen. 25: 1, 2). His descendants settle in the north of
Hijaz. Median was also the name of a town on the Red Sea, opposite to Sinai on the Arabian
shore. The town was so called because it was inhabited by the descendants of Midian. Some
have referred to it as a seaport on account of its proximity to the sea, being situated only at
a distance of about eight miles from the Gulf of ‘Aqaba; others have spoken of it as an
inland town. Midian had a large population of the descendants of Ishmael. Shu’aib had
some resemblance with the Holy Prophet (SA) in that both had to leave their original home
for another town, Midian in the case of Shu’aib and Medina in the case of the Holy Prophet
(SA) And We did raise among every people a Messenger with the teaching, ‘Worship Allah
and shun the Evil One. Then among them were some whom Allah guided and among them
were some who became deserving of ruin. So, travel through the earth and see what the
end of those was who treated the Prophets as liars!

Every Prophet was sent to his own nation for their guidance, but the message of Prophet
Muhammad (SA) was general for all mankind and jinn. As in Surat Al-A’raf (Allah address His
Messenger (SW) “Say (O Muhammad (Sa): ‘O mankind!
Verily, I am sent to you all as the messenger of Allah.

So, the aim of sending these prophets and Messengers to mankind and jinn was only that
they should worship Allah Alone.

And to worship Allah means to obey Him and to do all that He has ordained, and to fear Him
by abstaining from all He has forbidden.

Then those who obey Allah will be rewarded in Paradise, but those who will disobey Him
will be punished in Hell – fire.

Allah the Exalted sent the Holy Prophet (SA) as a mercy for the whole of mankind as Himself
states:

And We have sent thee not but as a mercy for all peoples. (Al-Anbiya; 21:107) May Allah
always enable us to act according to this advice and may Allah always be with us.