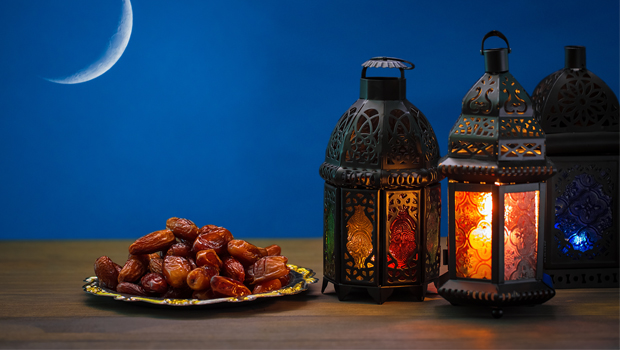 Fatema Miah : All over the world People have completed reciting and reading Quran over the month of Ramadan. Most have read the Quran from the beginning to the end, and some have repeatedly done the same many times, more than once, twice, three times or more. May Allah accept our recitations, readings efforts and performances, Ameen. Ramadan is the month of Al- Quran as well as the month of fasting. It is in the Quran that has instructed Muslims to fast during the month of Ramadan. In it also clarified the well and the able adults to fast from the dusk to dawn.

Al-Quran the last testimony was first revealed on the 27th night of Arabic, Lunar ninth calendar month of Ramadan, dated back to 609 AD in the month of December the date calculated about to be on the 22nd.   The Miracle from the heaven was sent, or descended to the earth In the month of December, it is  the time of when larger part of Western population do hold a celebration of a holy season on the basis of a believe that it was a miraculous time.

The Quran was verbally revealed by Allah SWT to Muhammad peace be upon him through the angel Gabriel or Jibril. Quran literally means recitation. Revelation gradually continued over a period of approximately 23 years, which began on 22 December 609 CE until when Muhammad peace be upon him was age of 40, and finally concluding in 632, in the year of his death. Quran is in Arabic Language and during prayers, the Quran is recited only in Arabic exactly as it is written in Quran.

Several companions of Muhammad peace be upon him served as scribes and were responsible for writing down the revelations. Shortly after Muhammad’s, peace upon him, death, the Quran was compiled by his companions who wrote down and memorized parts of it. In the Quran there are familiarity with major narratives recounted in the Biblical scriptures. It summarizes some, dwells at length on others and in some cases, it presents alternative accounts and interpretations of events. The Quran describes itself as a book of guidance. The Quran is used along with the hadith to interpret sharia law.

Muhammad peace be upon him received his first revelation in the Cave of Hira during one of his isolated retreats to the mountain. The rest of the revelations came as guidance at times of conflicts, confusions and miraculous states at different times to instruct Mohammed & his companions and to guide mankind & specially us the Ummah.

Also, other revelations of Torah, Gospel, Book of David and other scriptures were revealed in the month of Ramadan throughout history of prophets-hood.

We are privileged to have the guidance of Quran with the Hadith. Small part of Quran in recited in daily prayers, further in Ramadan larger parts of Quran is recited in the additional Ramadan prayer Tarawee and completed by the 27th of Ramadan or at least at the last Tarawee Ramadan prayers. The same tradition of Quran recitation known as Khatam Tarawee is followed everywhere by Muslims all over the world.

Ramadan Khatam Tarawee prayers led by Hafiz Imams those have memorised the entire Quran and Hafiz’s recitation during the prayer are observed by other Hafizes to make sure correctness and to prompt and rectify any minor mistakes might be made. Alhamdullillah, praise to the Lord Allah swt for granting us the opportunity able to have the facilitation of Tarawee taking place every year here in Solihull, in heart of England in a predominant native upper middle class & professional class English town of West Midlands. Here we do not have a permanent and proper Masjid due to council and resident’s reservations.

In leased venues, Muslims treating them as a Masjid, hold prayers, organise and Tarawee take place there every year led by a Hafiz from Saudi. Like other years by Allah’s grace me and my family had the privilege of having been attending Tarawee and getting the joy of Ramadan this year, May Allah swt continue in the future and make it better, make it easy for us, increase our performances and his blessing, Ameen.

At the end of Ramadan, it is the beginning of another month called Shawl and Eid is celebrated with further prayers on the birthday of month of Shawl. Shawl is tenth lunar calendar month. There are six more additional voluntary fasting advised to be preserved.

On completion of Ramadan fasting, before the Eid prayers, a small charity deed is obligatory to give Fitrana which must be paid before Eid-ul Fitr. Fitrana is an obligation on every Muslim, whether male or female, minor or adult as long as he/she has the means to do so, or parents and independents pay on behalf of children and the dependents.

Eid Prayers will be taken place here in Solihull in a local sport-centre due the large volume of people attending Eid prayers.  Zakatul-Fitr is £4 per head.

I wish you all a Happy Eid, Eid Mubarak and Eid Saeed.