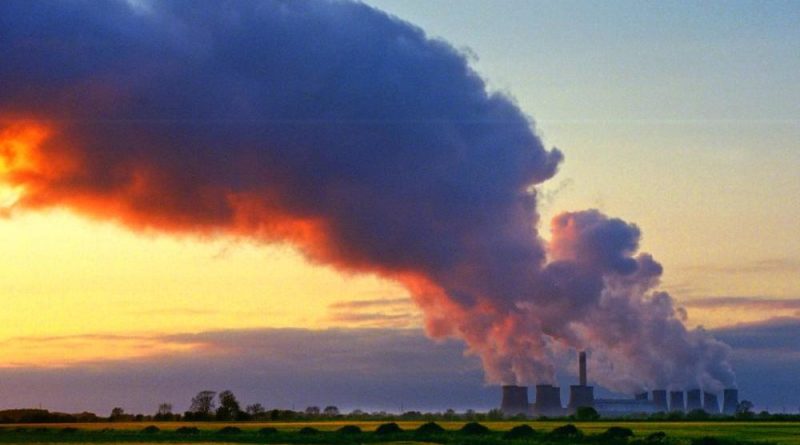 Three thousand climate justice campaigners from across the world have taken online action against the AGM of GCM Resources, as GCM planned meeting neglecting social distancing during London lockdown last Friday. The four-fold online-action was launched on 18th March to expose GCM, by a wide coalition of thirteen organisations led by the Phulbari Solidarity Group, involving social media and mass-Emails which forced the company’s three directors and Executive Chairman Datuk Michael Tang to stand back from attending the AGM. Despite directors stood back, the company’s CEO Gary Lye who was appointed Alternate Director on the night before the AGM, had gone ahead with the meeting.

GCM Resources, formerly Asia Energy plc, is one of the two London-listed mining companies that plan to build a massive open pit coal-mine by displacing up to 220, 000 people from Phulbari. Their 2019 AGM saw two postponements before it was held on 20th March 2020, at an imposing venue in the QEII Centre in Westminster.

Bangladesh’s Deputy Energy Minister claims that GCM has no valid asset to operate in Phulbari, and that government will take legal action over GCM’s selling shares in London on Phulbari project’s name without permit. In August 2019 the Deputy State Minister for Power, Energy and Mineral Resources, Nasrul Hamid, made this statement to the daily Prothom Alo newspaper, “Even in the absence of an agreement, GCM or Asia Energy is trading shares in London by providing information that coal would be extracted from Phulbari, which is false. The government has taken this into notice. The government is proceeding to take legal action against them.”

The Phulbari Solidarity Coalition had organised picket at the AGM of GCM for what would have been the 11th consecutive year. As social distancing is key at this time of pandemic, the campaigners had changed the event into online to avoid in person picketing, and protested online as a cross-network action for resisting mining, colonisation, the protection of indigenous peoples, land and environmental justice, and public health. Some 3,000 Facebook users have taken action by holding placards “GCM:Hands Off Phulbari”, while hundreds were tweeting and calling on Instagram #ExposeGCM. Others have emailed GCM’s official email, by calling on GCM’s directors and CEO to withdraw all legal cases against the community leaders, and to stop selling shares and signing contracts with external corporations on the basis of Phulbari coal project.

Meanwhile, in Bangladesh, the Phulbari communities outraged. In a written press statement, Joy Prokash Gupta, the spokesperson of the Phulbari chapter of the National Committee of Bangladesh, stated, GCM’s AGM in London is insane and unethical. Its fraudulent business must be stopped immediately. Government must implement the 6-point demands of Phulbari verdict 2006 and take legal action against the company by ensuring harassment of and false legal cases against community leaders will be withdrawn immediately.

Sanjit Prasad, a community organiser who participated in PSG’s online-action via Facebook last Friday, said, Asia Energy plc, thereafter GCM, has been abusing us since mid-2000. This company inflicted violence that killed three of our young boys in August 2006. Al Amin, Saleqin and Tarikul were shot dead. My co-worker, Bablu Roy, who was a van driver, is now in wheelchair because of GCM.  It’s CEO, Gary Lye, filed false legal cases against me and 18 community leaders in Phulbari and Dinajpur. Our Mayor is also abused by GCM. Gary Lye claims 1Billion Bangladeshi Taka from us for so called damage of his business intentions.

The communities had planned a long-march from Phulbari to Dinajpur against continuous abuse of community leaders, which was scheduled on 30th March, and now postponed until the pandemic is over.

Dr Rumana Hashem, the Chair of Phulbari Solidarity Group who coordinated the Coalition’s online picket, said, ‘GCM’s forced AGM indicates that it has scant regard for its investors. The London Stock Exchange guidance asked all brokers to avoid business last Monday and London is in lockdown. GCM’s directors have heard our online calls and they stood back but its reckless CEO went ahead. How is this possible for a CEO to take over charges of directors before an AGM? I had never heard of any other London-listed company to appoint alternate director the night before the AGM. They are running scared because they do not have a valid license for business. London Stock Exchange now needs to investigate whether the company is in breach of the law. What does the company have to hide, postponing their AGM at peace time and holding meeting during emergency lockdown?’

Richard Solly, the Coordinator of London Mining Network, said, I attend lots of mining company AGMs and none is as pathetically badly organised as GCM’s. Every time GCM holds its AGM, I think ‘this must be the last GCM AGM’. The company seems to have no licence for its planned operations in Bangladesh and there is massive community opposition.

Despite no contract GCM have signed three Memorandum of Understanding (MoU) with Chinese companies attempting at coal mining in Phulbari in 2019.