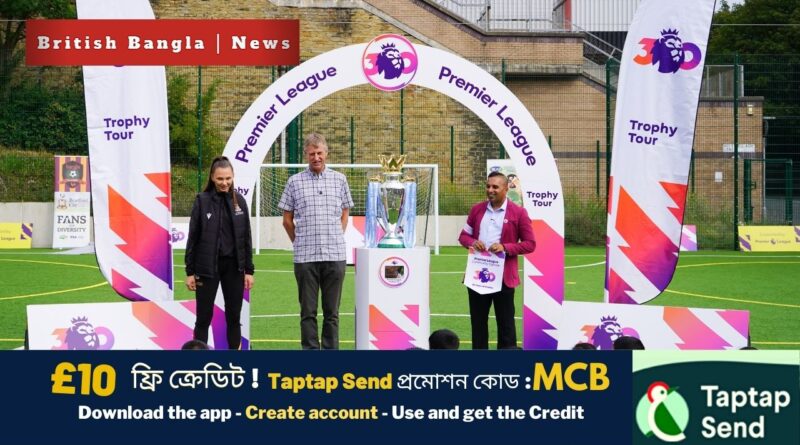 Humayun has also been pivotal in helping the club diversify its fanbase through his leadership of the Bangla Bantams supporter group, which has engaged local people in match day experiences that have led to an increase in South Asian female attendees at games.

The Community Captain accolade is being given to more than 100 members of the public who have made an outstanding contribution to their club and local community as part of the Premier League’s 30th anniversary celebrations.

Ian Ormondroyd, who presented the award ceremony, said, “Congratulations to Humayun Islam on the award of the Community Captain from the Premier League. The new facility at BEAP Community Partnership is superb and fantastic for the local Manningham community, which is one of the most deprived wards in the country. With it being next to the football club, it is a great facility for all of the community to use.”

Humayun said, “I am honoured and overwhelmed to receive this accolade. For me, this award is all about the local community and the work we do at BEAP to bring people from diverse backgrounds together – all for the love of sport. I am delighted to see Bangla Bantams be recognised in this way, just a free kick away from our beloved Bradford City.”

Premier League Chief Executive Richard Masters said, “As we mark 30 years since the Premier League first kicked off, it is important we celebrate the unsung heroes who deliver brilliant work in their communities.”