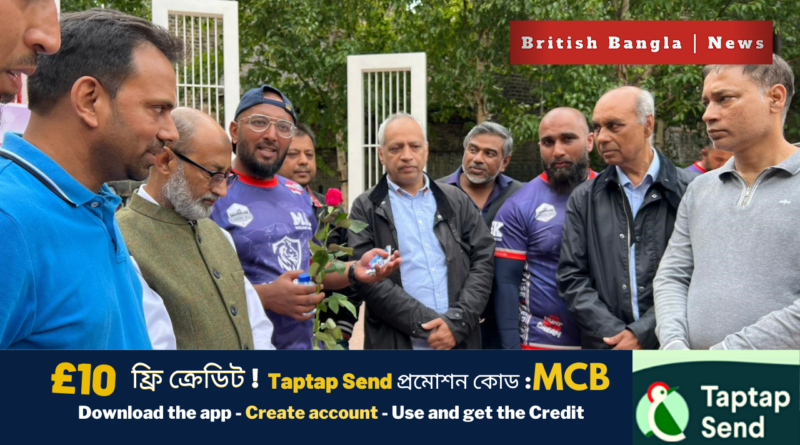 News desk: a group of young men led by Dr Monjour Ahmed with Shahed, Kamal, Mostaque, Shamim, Khudael, Sujel Miah, Mugsy, Naheem, Rana, Mitu, Jimmy, Gias, Aziz, Rizwan, Nabeel, Aminur, Sujel, Abdal and Muhibur teamed up with Luton Lions community and embarked on an epic trek in aid of the people of Bangladesh whose livelihoods were decimated in a matter of days.

The group left Luton around 5 in the morning. It took the best part of 12 hours, and they made it to the finish soon after 5pm.

The funds raised will be held by BYL Luton and distributed to local charities on the ground, in and around Sylhet, where the need is greatest. A committee has been formed to ensure funds are distributed entirely transparently. BYL Luton will be donating 100% of the funds received.

In a brief address to the press, Dr Monjour Ahmed said, ‘The young people felt because the devastation was of epic proportions…so an EPIC challenge was needed to get donations coming in thick and fast.’

BYL Luton’s Chairperson Sujel Miah also thanked all for supporting their cause to assist the people of Bangladesh.