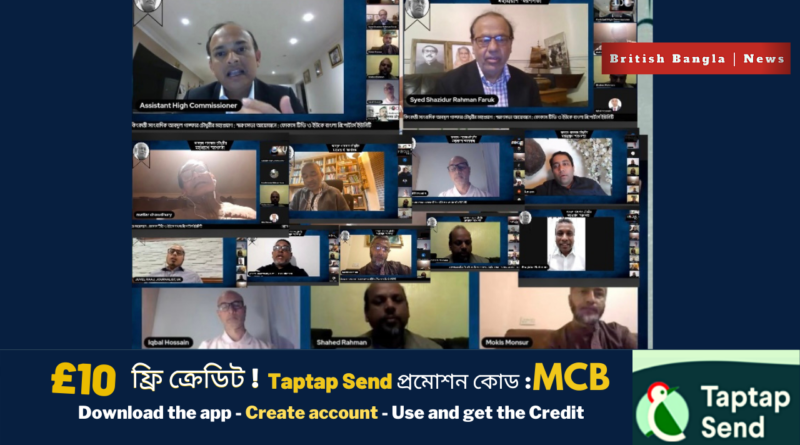 News Desk: A virtual memorial service was held at the initiative of UK Bangla Reporters Unity and Focus TV on the death of the veteran writer, popular columnist, and legendary journalist Abdul Gaffar Choudhury, the author of the Ekushey song.

On Saturday night, May 21, 2022, Mohammed Shahed Rahman conducted the entire program in a live virtual commemoration meeting from Focus TV in England. He gave a brief account of the life and work of Abdul Gaffar Choudhury at the beginning of the program with a sad and heavy heart.

The speakers said Abdul Gaffar Choudhury will live among the people for a long time through his creative work and will be remembered forever for his Ekushey song.

At the very end of the hour-long programme, Aminul Haque Oyes, Manchester Representative of ATN Bangla UK and Assistant Secretary of UK Bangla Reporters Unity spoke. He thanked the guests who participated in the commemoration meeting and wished for the forgiveness of the soul of the late eminent columnist Abdul Gaffar Choudhury.