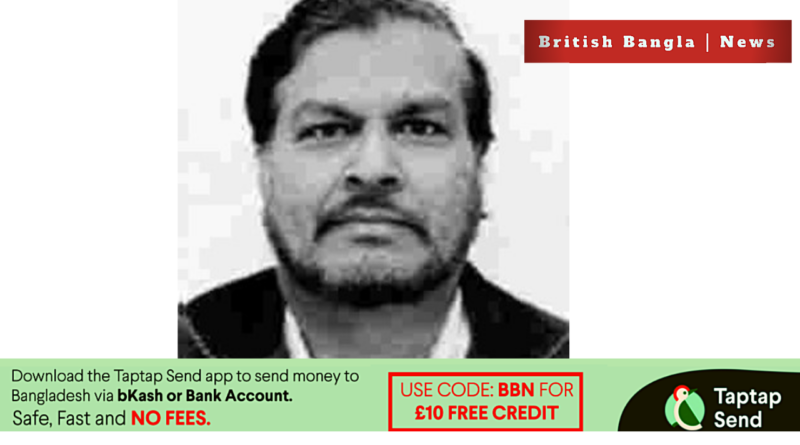 Ansar Ahmed Ullah:
Veteran anti-racist activist of the ‘Battle of Brick Lane’ in 1978 Aloke Biswas passed away on 2 October in Kolkata, West Bengal at his residence. He had been suffering from multiple ailments and was in his 70s when he passed away.

Aloke Biswas was one of the most prominent anti-racist activists of the resistance movement in the 1970s in East London. Aloke Biswas will be remembered as a key figure in the Bengali community in East London for his tireless work towards empowering the community. He inspired the Bengali community to fight back against the racists and establish themselves as a mainstream force. Aloke Biswas belonged to a left political party in the UK, the International Socialist (IS), now known as the Socialist Workers Party (SWP). He stood as a Council candidate on 4th May 1978, nominated by the IS. Professionally he was a social worker and worked for Hackney Council. He was also involved with the Hackney Asian Association. He will be remembered as a key figure in the community empowerment movement that helped establish the Bengali community as a mainstream force by uniting local communities.

Aloke Biswas was a good orator and could deliver fiery speeches to inspire people to unite and fight against racial violence in East London. He was instrumental in organising the first Black Workers Strike in East London to highlight intolerable racist attacks the Bengali community was subjected to. He dedicated his life selflessly to improve the conditions of the disadvantaged groups in society.

During the 1980s, Aloke Biswas went to West Bengal in India and got involved in social welfare work with a church for a disadvantaged group. The church was so impressed with his work for the wellbeing of people that they gave him the title of ‘Reverend’ to appreciate his dedication which made a difference to the conditions of the people he worked for.

On behalf of the Altab Ali Foundation, his former colleagues Jamal, Hasan, Akikur Rahman, Rajonuddin Jalal, Nooruddin Ahmed, Ansar Ahmed Ullah, Raju Nathan, Sunahwar Ali, Jamil Iqbal, amongst others, expressed their sincere condolences. They added, ‘Aloke Biswas’s legacy will stand as an example to all of us in our pursuit of progress. He was a good friend and brother to many of us and our colleague in our fight against racism.’