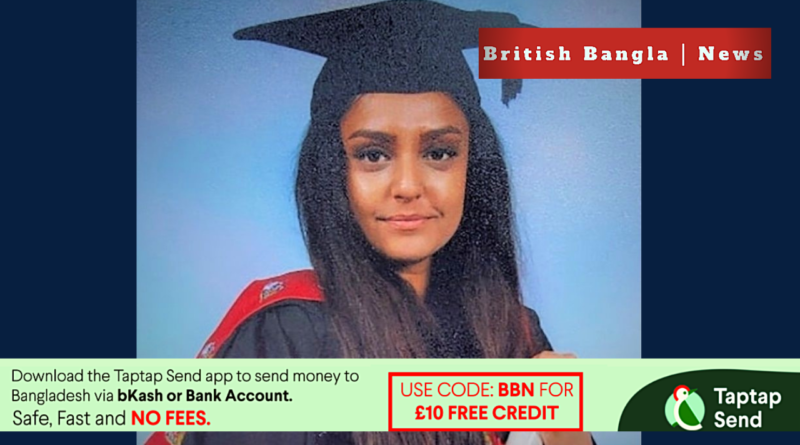 News Desk: Altab Ali Foundation (AAF), in a statement released on 24 Sept, expresses their concern at the increase in attacks and murders of women in London. The statement signed by Nooruddin Ahmed, Rajonuddin Jalal, Raju Nathan, amongst others, expressed solidarity with the family of Sabina Nessa.

AAF also demanded that the murderer is found and punished.

Sabina Nessa, 28 years old, was found dead in a south-east London Cator park in Kidbrooke by a member of the public on Saturday 18 September.

Police believe she was attacked shortly after leaving her home the previous evening to meet a friend. Sabina Nessa was a teacher at Rushey Green primary school in Catford.