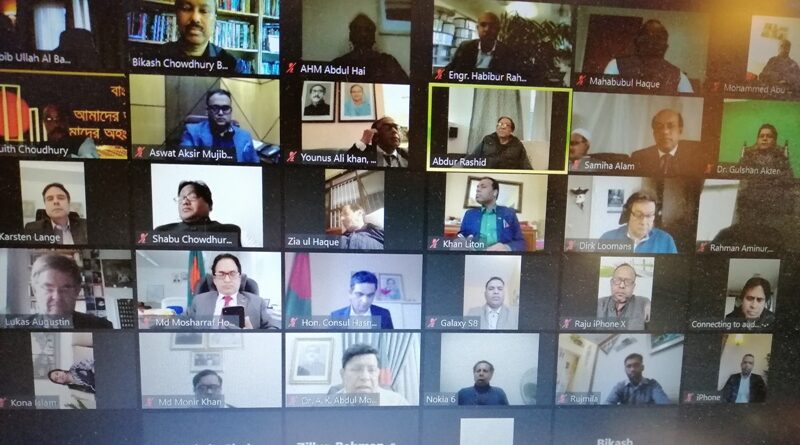 Mainz, 22 February: Bangladesh Foreign Minister Dr A K Abdul Momen, MP said, ‘The spirit of the 21st February is the spirit of self-rights, which arose in our hearts. That is the root of the broader spirit of the liberation. The link in these two historical incidents -language movement and liberation movement- is that, when people’s voice and ownership are ignored, it turns into a mass movement resulting in the new form of structure namely revolution. In these historical turning points the role of Bangabandhu Sheikh Mujibur Rahman, the Father of the Nation, was pioneering, vital and inevitable. Without his strong leadership no success would have been possible in these historical movements.’

Foreign Minister Dr Momen said this addressing the virtual international conference organised by Bangabandhu Foundation Germany (BFG) on 21 February. In his speech Dr Momen added, the Bengali speaking people in the then Pakistan were so generous that they being the majority were ready to accept Bengali as one of the state languages. While 56% of the population spoke Bengali and only 3% of the population at that time in Pakistan spoke Urdu. Despite that the Bengali speaking people did not demand that Bengali should be the only state language in Pakistan. On the other hand, ignoring the reality the then Pakistani rulers tried to declare Urdu as the only state language. The Bengalis protested and sacrificed their lives to protect their mother language’s dignity and honour in 1952, which has been recognized by UNESCO as the International Mother Language Day worldwide.