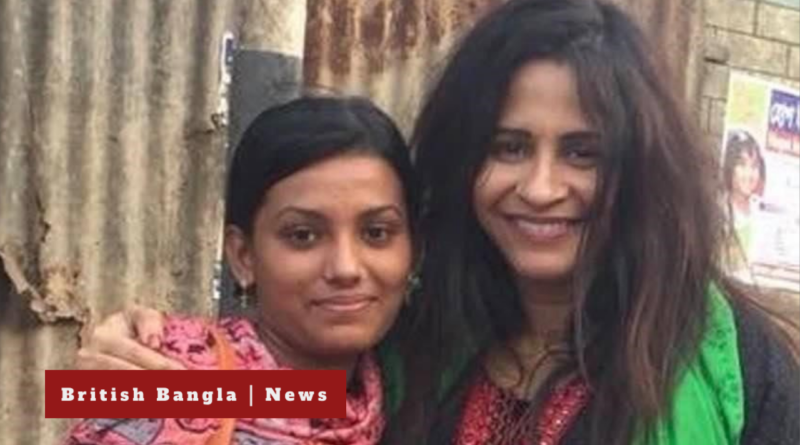 Ansar Ahmed Ullah: A court in Bogra has sentenced two people to death and three others to life imprisonment in a case of killing a volunteer named Sanatan Chandra Madok at the Haribasar event in 2016. Judge Israt Jahan of Bogra’s Additional District pronounced the verdict on 9 February.

State counsel Binoy Kumar Ghosh Rajat said that during the Mahanamayajna ceremony Haribasar on 2 April 2016 at the premises of Gandagram Adi Kalibari in Shajahanpur Upazila. Sanatan Chandra Madok and a few other youths were on duty as volunteers. At around 11 pm, some local youths who had come to Haribasar were harassing the women.

Sanatan Chandra Madok’s newly wed wife 20 year old Suchi Madok, had also gone to the religious festival, were taunted by the youths. When he protested and asked them to stop, he was stabbed.

Sanatan Chandra Madok was rushed to Bogra Shaheed Ziaur Rahman Medical College Hospital where he was pronounced dead due to his injuries. At the time, the victim’s father Surath Chandra Madok filed a case with Shajahanpur police station.

Suchi was only married for 18 days after only knowing her husband for the past 4 years. UK based rights campaign group Secular Bangladesh Movement UK (SBMUK) came to aid Suchi’s aid, a newly widowed woman, who fell into deep crisis at the beginning of her new life. SBMUK assisted Suchi Madok in the judicial process, including the appointment of lawyers. Her tuition fee for HSC and graduation was also covered. On hearing the verdict, SBMUK’s Chair Pushpita Gupta said, ‘We wanted to ensure that justice was done and that Suchi could become self-reliant by studying and moving forward in life. Today we have received justice.’ Following the completion of her bachelor’s degree, Suchi is now working in a private power plant. Pushpita Gupta thanked all who came to assist Suchi.

The convicts Bipul and Arun were sentenced to death while Rajib Sarkar, Rafiul Islam Rony and Alam got life imprisonment.

The then Sub-Inspector of Shajahanpur Police Station Khokon Chandra Kundu filed a charge sheet in the court after investigating the case. After taking the witnesses’ statements, the verdict of the case was announced in the presence of the accused.