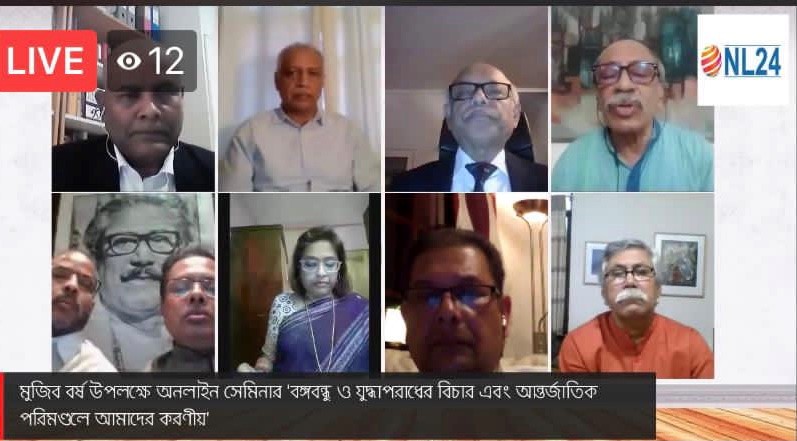 In his speech as the Chief Guest, Central Nirmul Committee President Shahriar Kabir urged European Nirmul Committee leaders to raise the organisation’s ideals and agenda in mainstream European societies and to build public opinion in favour of the trial of 1971 war criminals. He and other leaders also talked about issues surrounding the trial of war criminals and denounced the outrageous demand of anti-liberation fundamentalist groups for the removal of Bangabandhu Sheikh Mujibur Rahman’s statues from public places.

In a statement, they said that “We are deeply concerned about opposing erecting of new statues of Bangabandhu in commemoration of Mujib Year and threat to break his existing statues by anti-liberation fundamentalist forces.