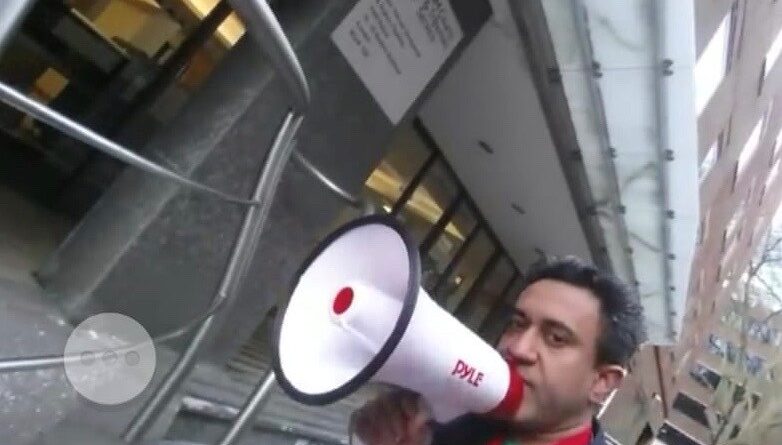 In 2003, chef Saiful Islam, aged 27, came to the United Kingdom (UK) with a work permit visa to work as a chef for a Thai restaurant. Prior to coming to the UK, he was working as a chef in Dhaka. His last job was at the famous Euro Garden restaurant in Mouchak market. He originally hails from Patuakhali district.

In 2005 he contacted the police and the UK Home Office to inform that his employer was exploiting him by withholding the bulk of his wages, forcing him to work 18-hour days, and beating him. The Home Office allowed him to move to a different employer, but a catalogue of problems followed, resulting in him being threatened with removal from the UK.

As he was approaching his expiry date of work permit, he applied for Indefinite Leave to Remain in the UK. Unfortunately, his application was refused on the grounds of an error made by the Home Office, which he pointed out to them. The Home Office had inaccurately recorded that Saiful Islam was a registered sex offender and had previously been convicted of both common assault and actual bodily harm. In addition, the Home Office incorrectly recorded that he had entered the UK unlawfully and as a result had been served a curtailment notice in 2005.

In 2019, following a long drawn battle by Saiful Islam, the Home Office admitted that they had made serious errors and offered him initially £5000, plus another £1,000 as compensation, which he has refused to accept. As a result of the incorrect information, Saiful Islam was refused Indefinite Leave to Remain following his application in 2011, which was upheld in the High Court and Court of Appeal on an incorrect basis because of the inaccurate facts put forward by the Home Office.

Due to the errors, Saiful Islam’s immigration history has been severely affected and he has expended vast sums of money on legal advice attempting to rectify the errors and regularise his immigration status. Therefore, in the present circumstances and to avoid unnecessary Subject Access Request by litigation Saiful Islam is demanding a settlement of £30,000 to adequately compensate him for the abject failings and data breaches arising from the Home Office’s conduct which have caused him issues in relation to his immigration status, health and caused him financial loss.

Talking to Guardian newspaper earlier this year Saiful Islam said, “The Home Office has treated me worse than a dog. I am a victim of a scandal and race discrimination. I have lost so many years, I’ve lost my health, I’ve lost so much money. I’ll never get this time back but I’m determined to fight on.” He is currently 44 years of age and is living in Peterborough where his MP Paul Bristow and a pro bono lawyer, Andy Cave his helping with his case.