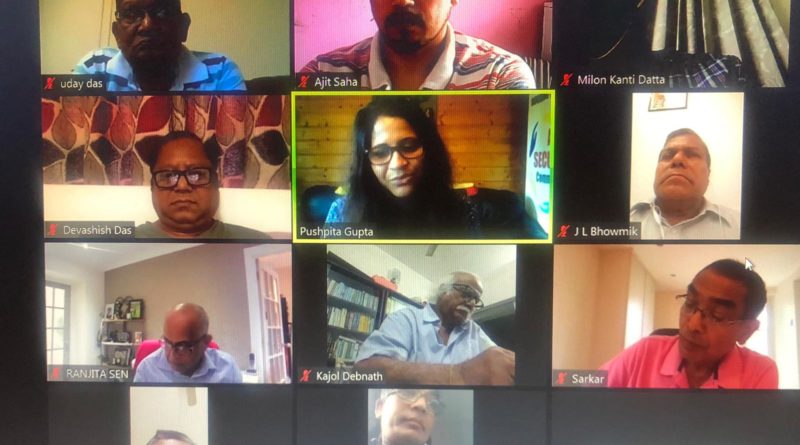 Mrs. Pushpita Gupta ex-President of CPRMB shared her experience of a recent trip to Bangladesh. The two-and half-hour long meeting highlighted the persecution of the religious minorities and all attendees expressed their interest to work jointly in future. The meeting also appreciated some of the positive steps taken by the Prime Minister Sheikh Hasina for the safety of the religious minorities.

Both the parties expressed their deep satisfaction about the outcome of the meeting. The meeting was conducted by Mr. Ajit Saha Secretary of CPRMB.  CPRMB will take part in a seminar at the House of Commons in October where members of UK parliament and ministers of Bangladesh Government are expected to join.